Cienfuegos is known to Cubans as the Pearl of the South. This coastal city is the center of Cuba’s trade in coffee, tobacco and sugar. Entering the bay your first sight is the fortress of Castillo de Jugua which was built in 1745 to protect the city against pirate incursions.

Today Cienfuegos is perhaps Cuba’s most cosmopolitan cities. Featuring a UNESCO World Heritage Site as exemplified in its 19th Century architecture. The city is flush with neo-classical structures, that no other place in the Caribbean can equal. Trinidad, center of sugar production is close by. 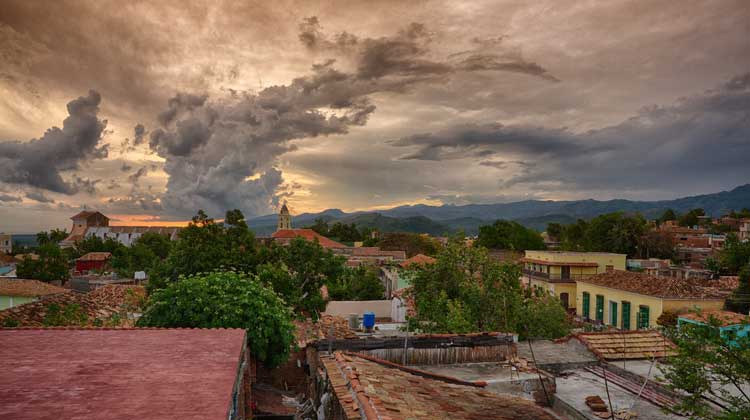 Near Cienfuegos was the site of a battle between American Marines and Spanish defenders during the Spanish-American war on May 11, 1898. An uprising against Batista during the Cuban Revolution took place in Cienfuegos in 1957.

Cienfuegos will be the second port in a counter clockwise circumnavigation around Cuba. After leaving Havana, port side passengers may be treated to a magnificent view of both northwestern and southwestern Cuba. Maybe Isla de Pinos will come into view.

Add a tostada, which is grilled and buttered bread and dip that into your coffee.

An early dinner of arroz con polo and Moros y Cristianos (Black Beans and Rice) with a rum and cigar will make the day!!!