Santiago de Cuba is a city that is steeped in everything musical and cultural. Some of the most well known Cuban artists were born in this southern city in Cuba, including the infamous and beloved Desi Arnaz.  It is now Emilio Estefan, producer and husband of Gloria Estefan that shares the beats and harmonies of Santiago de Cuba with music lovers worldwide. 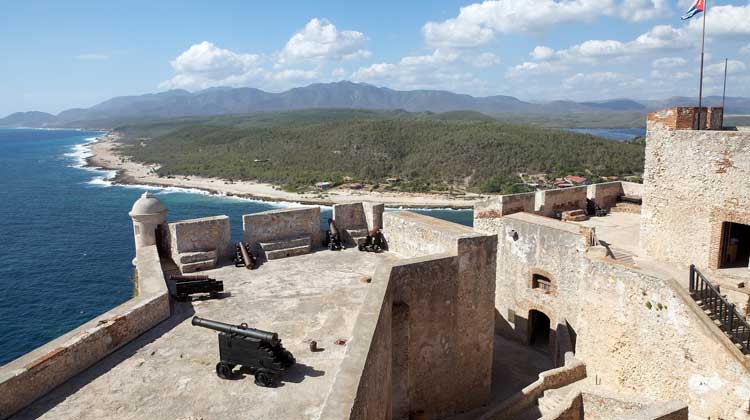 Santiago, with a population of over a million people sits on the top of a steep hill and bustles with the intensity of any urban city. It is a frantic city with an Afro-Caribbean culture that claims to have birthed the two most beloved genres of Cuban music, salsa and son. Undoubtedly there is music filling the streets at every time of day or night.

It is also steeped in history as it is where Fidel Castro launched his revolution. There are monuments and statues dotting the city that tell the tale of this historical moment in the life of Cuba. Being a center of Cuban culture, it is not only musicians that make this city so intriguing, but authors, and architects, politicians and scholars.  This city is truly a port like no other in the Caribbean.